Stephen Talkhouse comes alive with an unpretentious rowdy crowd that fills the venue with electric energy. Since it opened in 1970, the neighborhood live music venue located in the heart of Amagansett has hosted bands from The Rolling Stones, Van Morrison, Crosby, Stills & Nash, Paul McCartney, Billy Joel, The Velvet Underground, The Allman Brothers and more recently The Killers — as well as, amazing local talents and cover bands. The venue is named after Stephen Talkhouse, a Native American of the late 19th century who was famous for taking  25-50 mile daily round trip walks from Montauk to East Hampton and Sag Harbor. Visit their website for the latest on upcoming concerts. 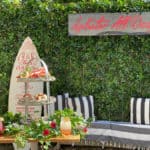 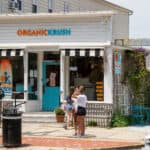