Guests were seated for an elegant farm-to-fork, family-style dinner that utilized locally-sourced ingredients from community purveyors. Long, farm-style dinner tables with Mediterranean decor provided by Marders and upbeat music made for a fun, lively atmosphere. Following dinner, the party continued as guests danced, drank coffee cocktails courtesy of Hudson Roasters, and indulged in make-your-own s’mores over a large fire.

CNBC’s Frank Holland emceed the event and thanked the “powerhouse hosts” for “making an incredible difference in the battle against Alzheimer’s.” After the disease personally affected both of their families, Daryl and Irwin Simon made it their mission to help fight Alzheimer’s and dementia. In remarks, Daryl welcomed guests and spoke about the importance of coming together as a community to make a difference, as well as the inspiration she receives from the next generation of leaders that is “taking the reins and making the cause their own.” She further pledged that, “together, we will fight for a world without Alzheimer’s.” Alzheimer’s Association President and CEO Harry Johns shared updates on the latest in Alzheimer’s research from last week’s Alzheimer’s Association International Conference and the evening’s Mission Moment speaker, Michelle Florin gave a moving speech on her late mother’s battle with younger-onset Alzheimer’s.

The evening, which coincided with Irwin Simon’s birthday, also included a lively fund-a-need moment where the Simon children,  Nicolette, Lucas, Trevor and Garett rallied attendees to donate to the cause. Irwin spoke candidly about his personal experience with the disease and reiterated how fortunate they all were to be together to raise funds and awareness for such an important cause.

Funds raised through Fork It Alzheimer’s will directly support the Alzheimer’s Association’s research program and the local efforts of the New York City and Long Island Chapters of the Association. 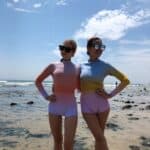